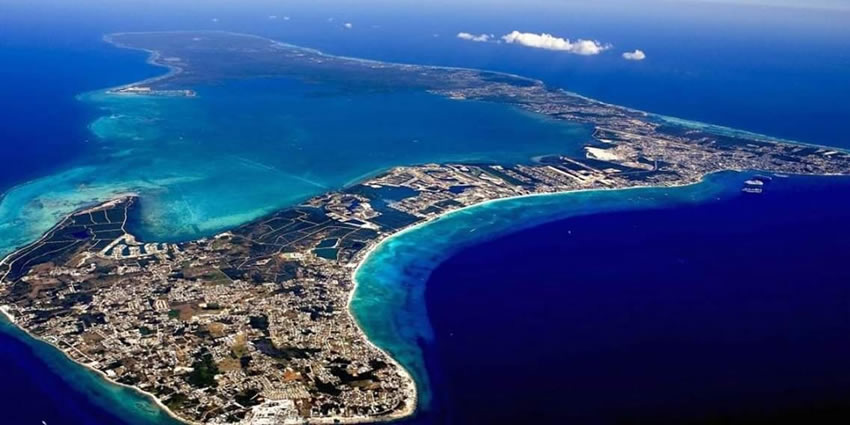 The Cayman Islands is an autonomous British Overseas Territory in the western Caribbean Sea.

The 264-square-kilometre territory comprises the three islands of Grand Cayman, Cayman Brac and Little Cayman, which are located to the south of Cuba and northeast of Honduras, between Jamaica and Mexico’s Yucatán Peninsula.

The capital city is George Town, situated on Grand Cayman, the most populous of the three islands.

The Cayman Islands is considered to be part of the geographic Western Caribbean Zone as well as the Greater Antilles. The territory is often considered a major world offshore financial haven for international businesses and many wealthy individuals.

Tourism & What to do in Cayman Islands

All three islands offer scuba diving, and the Cayman Islands is home to several snorkelling locations where tourists can swim with stingrays. The most popular area to do this is Stingray City, Grand Cayman. Stingray City is a top attraction in Grand Cayman and originally started in the 1980s, when divers started feeding squid to stingrays. The stingrays started to associate the sound of the boat motors with food, and thus visit this area year round.

There are two shipwrecks off the shores of Cayman Brac, including the MV Captain Keith Tibbetts; Grand Cayman also has several shipwrecks off its shores, including one deliberate one. On 30 September 1994 the USS Kittiwake was decommissioned and struck from the Naval Vessel Register. In November 2008 her ownership was transferred for an undisclosed amount to the government of the Cayman Islands, which had decided to sink the Kittiwake in June 2009 to form a new artificial reef off Seven Mile Beach, Grand Cayman. Following several delays, the ship was finally scuttled according to plan on 5 January 2011. The Kittiwake has become a dynamic environment for marine life. While visitors are not allowed to take anything, there are endless sights. Each of the five decks of the ship offers squirrelfish, rare sponges, Goliath groupers, urchins, and more. Experienced and beginner divers are invited to swim around the Kittiwake. Pirates Week is an annual 11-day November festival started in 1977 by then-Minister of Tourism Jim Bodden to boost tourism during the country’s tourism slow season.

Other Grand Cayman tourist attractions include: the ironshore landscape of Hell; the 93,000 m2 marine theme park “Cayman Turtle Centre: Island Wildlife Encounter”, previously known as “Boatswain’s Beach”; the production of gourmet sea salt; and the Mastic Trail, a hiking trail through the forests in the centre of the island. The National Trust for the Cayman Islands provides guided tours weekly on the Mastic Trail and other locations.

Another attraction to visit on Grand Cayman is the Observation Tower, located in Camana Bay. The Observation Tower is 75 feet tall and provides 360-degree views across Seven Mile Beach, George Town, the North Sound, and beyond. It is free to the public and climbing the tower has become a popular thing to do in the Cayman Islands.

The Cayman Islands has a tropical wet and dry climate, with a wet season from May to October, and a dry season that runs from November to April. Seasonally, there is little temperature change.

A major natural hazard is the tropical cyclones that form during the Atlantic hurricane season from June to November.

On 11 and 12 September 2004, Hurricane Ivan struck the Cayman Islands. The storm resulted in two deaths and caused great damage to the infrastructure on the islands.

The islands are in the western Caribbean Sea and are the peaks of an undersea mountain range called the Cayman Ridge (or Cayman Rise). This ridge flanks the Cayman Trough, 6,000 m deep which lies 6 km to the south.

All three islands were formed by large coral heads covering submerged ice age peaks of western extensions of the Cuban Sierra Maestra range and are mostly flat. One notable exception to this is The Bluff on Cayman Brac’s eastern part, which rises to 43 m above sea level, the highest point on the islands.

Terrain is mostly a low-lying limestone base surrounded by coral reefs.

The majority of the population resides on Grand Cayman, followed by Cayman Brac and Little Cayman.

The Cayman Islands has more registered businesses than people.

Origin of the name & Local symbols

No archaeological evidence for an indigenous presence has been found on the Cayman Islands and it is therefore thought that they were discovered by Christopher Columbus on 10 May 1503 on his final voyage to the Americas. He named ‘Las Tortugas’ due to the large number of turtles on the islands (which were soon hunted to near-extinction), however in the succeeding decades the islands began to be referred to as the Caymans, after the caimans present there. No immediate colonisation occurred following Columbus’s discovery, however a variety of settlers from various backgrounds made their home on the islands, including pirates, shipwrecked sailors, and deserters from Oliver Cromwell’s army in Jamaica. Sir Francis Drake briefly visited the islands in 1586.

The first recorded permanent inhabitant of the Cayman Islands, Isaac Bodden, was born on Grand Cayman around 1661. He was the grandson of the original settler named Bodden who was probably one of Oliver Cromwell’s soldiers at the taking of Jamaica in 1655.

England took formal control of the Cayman Islands, along with Jamaica, as a result of the Treaty of Madrid of 1670. That same year saw an attack on a turtle fishing settlement on Little Cayman by the Spanish under Manuel Ribeiro Pardal. Following several unsuccessful attempts at settlement in what had by now become a haven for pirates, a permanent English-speaking population in the islands dates from the 1730s. With settlement, after the first royal land grant by the Governor of Jamaica in 1734, came the perceived need for slaves. Many were brought to the islands from Africa; this is evident today with the majority of native Caymanians being of African and/or English descent. The results of the first census taken in the islands in 1802 showed the population on Grand Cayman to be 933, with 545 of those inhabitants being enslaved. Slavery was abolished in the Cayman Islands in 1833. At the time of abolition, there were over 950 blacks of African ancestry enslaved by 116 white families of English ancestry.

On 22 June 1863 the Cayman Islands became officially declared and administered as a dependency of the Crown Colony of Jamaica. The islands continued to be governed as part of the Colony of Jamaica until 1962, when they became a separate Crown colony while Jamaica became an independent Commonwealth realm.

The Heroes Square in the centre of George Town, which commemorates Cayman Islands’ war dead. The Legislative Assembly building is at the left.

On 8 February 1794, the Caymanians rescued the crews of a group of ten merchant ships, including HMS Convert, an incident that has since become known as the Wreck of the Ten Sail. The ships had struck a reef and run aground during rough seas. Legend has it that King George III rewarded the island with a promise never to introduce taxes as compensation for their generosity, as one of the ships carried a member of the King’s own family. While this remains a popular legend, the story is not true.

Tourism began to take off in the 1950s with the opening of the airport, a bank and several hotels, plus a number of scheduled flights and cruise stop-overs. Politically the Cayman Islands were an internally self-governing territory of Jamaica from 1958 to 1962, however they reverted to direct British rule following the independence of Jamaica in 1962. A large degree of internal autonomy was granted by a new constitution in 1972, with further revisions being made in 1994. The Cayman Islands government focused on boosting the territory’s economy via tourism and off-shore finance, both of which mushroomed from the 1970s onwards. The Caymans have historically been a tax-exempt destination, and the government has always relied on indirect and not direct taxes. The territory has never levied income tax, capital gains tax, or any wealth tax, making them a popular tax haven.

The constitution was further modified in 2001 and 2009, codifying various aspects of human rights legislation.

On 11 September 2004 the island of Grand Cayman, which lies largely unprotected at sea level, was hit by Hurricane Ivan, creating an 2.4 m storm surge which flooded many areas of Grand Cayman. An estimated 83% of the dwellings on the island were damaged including 4% requiring complete reconstruction. A reported 70% of all dwellings suffered severe damage from flooding or wind. Another 26% sustained minor damage from partial roof removal, low levels of flooding, or impact with floating or wind driven hurricane debris.

Power, water and communications were disrupted for months in some areas as Ivan was the worst hurricane to hit the islands in 86 years. Grand Cayman began a major rebuilding process and within two years its infrastructure was nearly returned to pre-hurricane status. Due to the tropical location of the islands, more hurricanes or tropical systems have affected the Cayman Islands than any other region in the Atlantic basin; it has been brushed or directly hit, on average, every 2.23 years.

How to get there & Transportation

George Town is the port capital of Grand Cayman. There are no berthing facilities for cruise ships, but up to four cruise ships can anchor in designated anchorages. There are three cruise terminals in George Town, the North, South, and Royal Watler Terminals. The ride from the ship to the terminal is about 5 minutes.

The Cayman Islands are a British overseas territory. The islands lie in the northwest of the Caribbean Sea and are situated about 800 km south of Miami, 300 km south of Cuba, and 315 km northwest of Jamaica. Grand Cayman is the biggest island, with an area of 200 km2. The two “Sister Islands” of Cayman Brac and Little Cayman are located about 130 km east of Grand Cayman and have areas of 36 km2 and 26 km2 respectively.