Going on self-drive experience in Tanzania 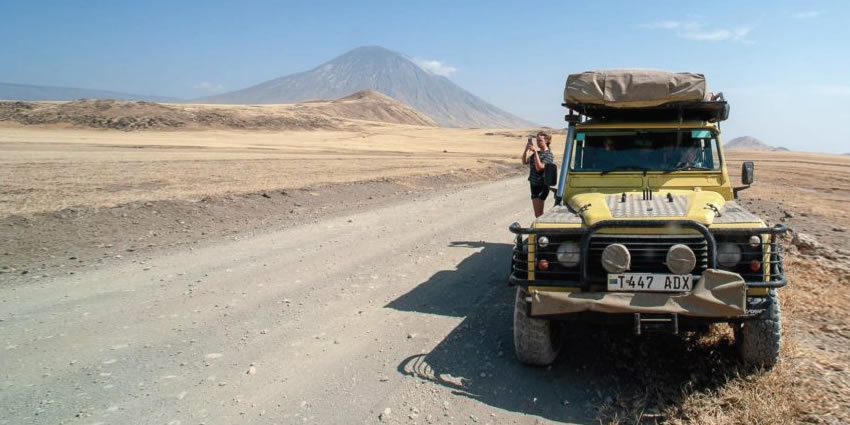 Many travelers prefer the self-drive tour option when planning long safaris in East Africa as it allows for more freedom and independence. Explore the country or countries at hand at your own whim and pace, like a true traveler, behind the wheel of your rental vehicle with a rooftop tent.

When planning a self-drive safari in Africa, deciding which national parks or wildlife reserves you want to visit on your road trip can be a daunting task especially with the rising numbers of national parks and the conservation areas for wildlife.

As east Africa’s largest and most iconic country park, Tanzania is one of the best places in Africa for wildlife viewing followed by Kenya and Uganda. Here are the top five National Parks in Tanzania that you absolutely cannot miss on your trip to East Africa.

There are two main safaris circuits-the popular northern circuit that boasts the stars of Tanzania including the Serengeti and Ngorongoro crater, while the more silent southern circuit offers a remote wilderness experience away from the crowds.

Animals native to Tanzania include cheetahs, lions, wildebeests, gazelles, ostriches, elephants, and giraffes. Tanzania has the highest number of predators in Africa and these include leopards, jackals, hyenas, and big cats. Reptiles include agama lizards and crocodiles.

It’s impossible to see and do everything in Tanzania with only one safari. This is why many people return again and again. There are so many parks to visit, each with its own unique beauty. Start planning your trip today, and enjoy one of these top five places to visit!

Located in northern Tanzania, the Serengeti National Park is one of the most incredible places to view wildlife, and every year it features the Great Migration, a truly magnificent sight. Millions of hooves thunder across the plains as enormous herds of wildebeest are joined by zebras and gazelles on this exodus to find fresh grazing.

The herds of herbivores are followed by their predators which is one of the most impressive natural events in the world. Serengeti is a world heritage site teeming with wildlife, over 2million ungulates, 4000 lions, 1000 leopards, 550 cheetahs, and over 500 bird species.

It is home to all of Africa’s big five. You can spot all the classics, but possibly also some rarer species including the recently reintroduced African wild dog, this unique species had been extinct in the Serengeti since 1991 and is critically endangered thought Africa. There is no better place for seeing the famous Big Five or any other wildlife than Serengeti National Park.

The best times to visit the Serengeti national park are from January to February or from June through September, although you should plan your trip around the movement of the great migration.

The Ngorongoro Crater is often called the Eighth Wonder of the World. It is the largest intact volcanic caldera on the planet and is a fantastic place for enjoying amazing vistas and incredible wildlife. Amazingly, all the large predators that Africa is famous for can be found in this ten-mile-wide crater.

This makes it the best place to view these elusive carnivores.it is also another place where you can find the big five. The conservation area protects Tanzania’s last remaining population of the endangered black rhino. This conservation area has been home to human ancestors for around three million years and has been occupied by pastoralist tribes of the Maasai in the last 2,000 years.

Located in the Manyara Region of northern Tanzania, less than two hours from Arusha, Tarangire is a fascinating place in which to view the circle of life and is one of the more seasonal parks with a lot of migratory movement within the greater Tarangire ecosystem. The Tarangire River draws huge herds of animals to its banks during the dry season.

Prey and predator can be seen together pawing at the dry riverbed in search of the moisture below the surface. It is one of the best places to see matriarchal family groups of elephants, especially in the dry season when the river becomes the only water source for the animals. Predators including lions and spotted hyenas gather around the river ready to strike.

If you are looking for a tropical beach vacation, then Saadani National Park is the place to go. Pristine beaches are overshadowed by gently waving palm fronds in this beautiful park. Saadani is the only national park in Tanzania to have a coastline on the Indian Ocean.

Saadani is where the beach meets the bush and one gets to relish the palm trees as they sway in a cooling oceanic breeze. The white sand and blue water sparkle alluring beneath the tropical sun. Traditional dhows sail slowly past, propelled by billowing white sails, whilst Swahili fishermen cast their nets below a brilliant red sunrise.

Be careful when you’re catching rays, though. You may find yourself sharing the beach with a lion or an elephant!

The best time for watching wildlife in Saadani is after rains, in January and February, and from June to August when there is still plenty of water on the plains and wildlife stays within the park.

The Mahale Mountains National Park is a breathtaking place. It is located on the shores of Lake Tanganyika and has the best chimpanzee viewing in all of Africa.

You can enjoy the incredible vistas and calls of the chimpanzees from one of the most notable safari camps in the world, Greystone. This luxurious camp will have you reminiscing about legendary great white hunters in the African wilderness as you enjoy your safari adventure.

The Mahale mountain national park is accessible thought the year. The dry season of May-October is the best time to visit the area. Chimpanzees are seen in large groups and from the beach, fish are illuminated in the crystal blue water.

Car Rental Tanzania offers reliable self-drive safaris in East Africa with rooftop tents or car rental with a driver-guide that is knowledgeable about the national parks in Tanzania.  Contact the local company to help you plan and book yourself to drive Safari in Tanzania.