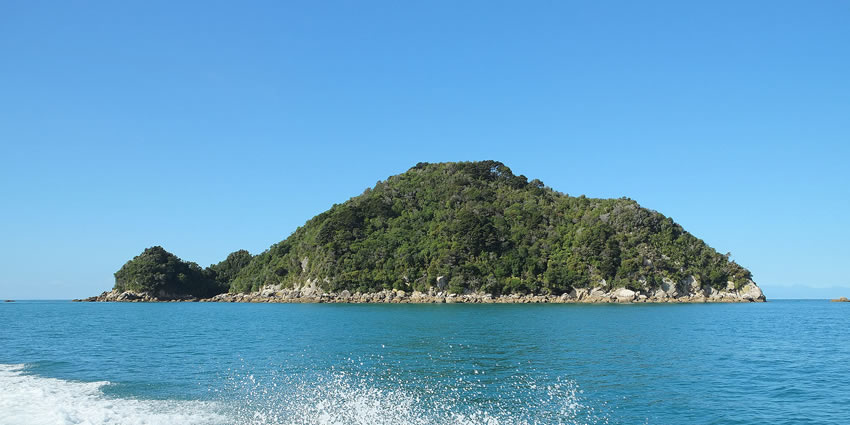 Tonga, officially named the Kingdom of Tonga, is a Polynesian country, and also an archipelago comprising 169 islands, of which 36 are inhabited.

Tonga stretches across approximately 800 kilometres in a north–south line. It is surrounded by Fiji and Wallis and Futuna (France) to the northwest; Samoa to the northeast; New Caledonia (France) and Vanuatu to the west; Niue (the nearest foreign territory) to the east; and Kermadec (New Zealand) to the southwest. Tonga is about 1,800 kilometres from New Zealand’s North Island.

From 1900 to 1970, Tonga had British protected-state status. The United Kingdom looked after Tonga’s foreign affairs under a Treaty of Friendship. But Tonga never relinquished its sovereignty to any foreign power.

In 2010, Tonga took a decisive step away from its traditional absolute monarchy and towards becoming a fully functioning constitutional monarchy, after legislative reforms paved the way for its first partial representative elections.

Tonga is a constitutional monarchy. It is the only indigenous monarchy in the Pacific islands. Reverence for the monarch replaces that held in earlier centuries for the sacred paramount chief, the Tuʻi Tonga.

Humans have lived in Tonga for nearly 3,000 years, since settlement in late Lapita times. Before the arrival of European explorers in the late 17th and early 18th centuries, Tongans had frequent contacts with their nearest oceanic neighbours, Fiji and Niue.

In the 19th century, with the arrival of Western traders and missionaries, Tongan culture changed, especially in religion. As of 2013, almost 98 percent of residents profess Christianity. The people discarded some old beliefs and habits and adopted others.

Located in Oceania, Tonga is an archipelago in the South Pacific Ocean, directly south of Samoa and about two-thirds of the way from Hawaii to New Zealand. Its 169 islands, 36 of them inhabited, are divided into three main groups – Vava’u, Ha’apai, and Tongatapu – and cover an 800-kilometre-long north–south line.

The largest island, Tongatapu, on which the capital city of Nukuʻalofa is located, covers 257 square kilometres. Geologically the Tongan islands are of two types: most have a limestone base formed from uplifted coral formations; others consist of limestone overlaying a volcanic base.

In Tonga, dating back to Tongan legend, flying bats are considered sacred and are the property of the monarchy. Thus they are protected and cannot be harmed or hunted. As a result, flying fox bats have thrived in many of the islands of Tonga.

The bird life of Tonga include a total of 73 species, of which two are endemic; the Tongan Whistler and the Tongan megapode. Five species have been introduced by humans, and eight are rare or accidental. Seven species are globally threatened.

Tonga has a tropical rainforest climate with a distinct warm period (December–April), during which the temperatures rise above 32 °C, and a cooler period (May–November), with temperatures rarely rising above 27 °C.

The temperature and rainfall range from 23 °C and 1,700 millimetres on Tongatapu in the south to 27 °C and 2,970 millimetres on the more northerly islands closer to the Equator.

The coldest temperature recorded in Tonga was 8.7 °C on 8 September 1994 in Fua’amotu.

Temperatures of 15 °C or lower are usually measured in the dry season and are more frequent in southern Tonga than in the north of the island.

The average wettest period is around March with on average 263 mm.

The average daily humidity is 80%.

Over 70% of the 103,197 inhabitants live on its main island, Tongatapu. Although an increasing number of Tongans have moved into the only urban and commercial centre, Nukuʻalofa, where European and indigenous cultural and living patterns have blended, village life and kinship ties remain influential throughout the country.

According to the government portal, Tongans, Polynesian by ethnicity with a mixture of Melanesian, represent more than 98% of the inhabitants. 1.5% are mixed Tongans and the rest are European (the majority are British), mixed European, and other Pacific Islanders.

The Tongan language is the official language, along with English. Tongan, a Polynesian language, is closely related to Wallisian (Uvean), Niuean, Hawaiian, and Samoan.

Origin of the Name & Heraldy

In many Polynesian languages, including Tongan, the word tonga comes from fakatonga, which means “southwards”, and the archipelago is so named because it is the southernmost group among the island groups of central Polynesia.

The word tonga is cognate to the Hawaiian word “kona,” meaning “leeward,” which is the origin of the name for the Kona District in Hawai’i.

Tonga became known in the West as the “Friendly Islands” because of the congenial reception accorded to Captain James Cook on his first visit in 1773. He arrived at the time of the annual ʻinasi festival, which centers on the donation of the First Fruits to the Tuʻi Tonga (the islands’ paramount chief), and so he received an invitation to the festivities.

Ironically, according to the writer William Mariner, the chiefs actually wanted to kill Cook during the gathering, but didn’t go through with it because they couldn’t agree on a plan of action for accomplishing it.

An Austronesian-speaking group linked to what archaeologists call the Lapita cultural complex reached and inhabited Tonga sometime between 1500 and 1000 BC.

Scholars still debate exactly when Tonga was first settled, but thorium dating confirms that settlers had arrived in the earliest known inhabited town, Nukuleka, by 888 BC, ± 8 years.

Not much is known for sure about Tonga’s history before European contact, because Tongans lacked a writing system, but they did have an oral history, which had been passed down and was set down in writing after the arrival of the Europeans.

By the 12th century, Tongans and the Tongan paramount chief, the Tuʻi Tonga, had acquired a reputation across the central Pacific—from Niue, Samoa, Rotuma, Wallis & Futuna, New Caledonia to Tikopia—leading some historians to speak of there having been a Tuʻi Tonga Empire during that period. There are also known to have been civil wars in Tonga in the 15th and 17th centuries.

William Mariner was a teenage English sailor adopted into a royal Tongan family.

The Tongan people first encountered Europeans in 1616, when the Dutch vessel Eendracht, captained by Willem Schouten, made a short visit to the islands for the purpose of engaging in trade.

Later, other Dutch explorers arrived, including Jacob Le Maire (who visited the northern island of Niuatoputapu); and Abel Tasman (who visited Tongatapu and Haʻapai) in 1643.

Whaling vessels were among the earliest regular Western visitors. The first of these on record is the Ann & Hope, which was reported to have been seen among the islands of Tonga in June 1799.

The last known whaling visitor was the Albatross in 1899. That ship arrived in Tonga seeking a re-supply of water, food and wood. The islands most regularly visited by Westerners were Ata, ‘Eua, Ha’apai, Tongatapu and Vava’u. Sometimes Tongan men were recruited to serve as crewmen on these vessels.

In 1845, an ambitious young Tongan warrior, strategist, and orator named Tāufaʻāhau united Tonga into a kingdom. He held the chiefly title of Tuʻi Kanokupolu, but had been baptised by Methodist missionaries with the name Siaosi (“George”) in 1831.

In 1875, with the help of missionary Shirley Waldemar Baker, he declared Tonga a constitutional monarchy; formally adopted the Western royal style; emancipated the “serfs”; enshrined a code of law, land tenure, and freedom of the press; and limited the power of the chiefs.

Tonga became a protected state under a Treaty of Friendship with Britain on 18 May 1900, when European settlers and rival Tongan chiefs unsuccessfully tried to oust the man who had succeeded Tāufaʻāhau as king.

The treaty posted no higher permanent representative on Tonga than a British Consul (1901–1970). Under the protection of Britain, Tonga maintained its sovereignty, and remained the only Pacific nation to retain its monarchical government.

The Tongan monarchy follows an uninterrupted succession of hereditary rulers from one family.

The 1918 flu pandemic, brought to Tonga by a ship from New Zealand, killed 1,800 Tongans: a mortality rate of about eight percent.

The Treaty of Friendship and Tonga’s protection status ended in 1970 under arrangements that had been established by Tonga’s Queen Salote Tupou III before her death in 1965.

Owing to its British ties, Tonga joined the Commonwealth in 1970 (atypically as a country that had its own monarch, rather than being ruled by the United Kingdom’s monarch), along with Malaysia, Lesotho, and Eswatini (Swaziland).

Tonga became a member of the United Nations in September 1999. While exposed to colonial pressures, Tonga has always governed itself, which makes it unique in the Pacific.

How to get there