A brief history of Nepali flag and national symbols 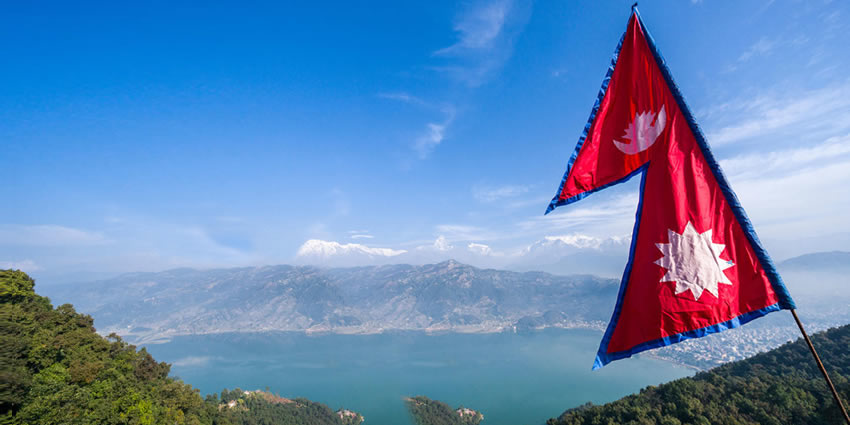 The Emblem of Nepal

The Emblem of Nepal was adopted in 2008. The emblem of Nepal depicts the snowy Himalayas, the forested hills, and the fertile Terai, supported by a wreath of rhododendrons, national flag at the crest, and in the foreground, a plain white map of Nepal with a man’s and woman’s right hands joining to signify gender equality just below it. 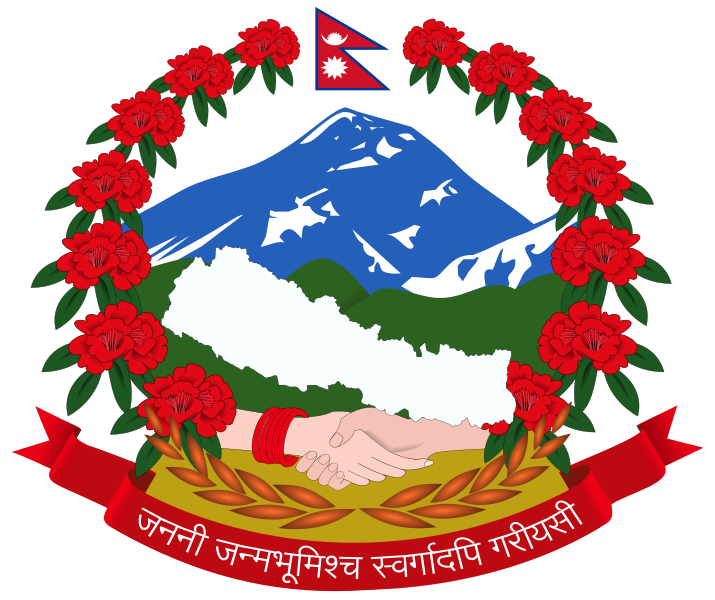 At the bottom is the national motto of Nepal, a Sanskrit quote of patriotism attributed in Nepal folklore to Lord Rama, written in Devanagari script, which reads “Mother and motherland are greater than heaven”.

The national flag of Nepal is the only non-quadrilateral flag in the world. The constitution of Nepal contains instructions for the geometric construction of the flag.

Nepal’s flag with two triangles forms accumulated on one another with colored red, and it’s crimson with blue trims.

The shape of the flag is said to represent the Nepalese mountains.

In 1928 a national flag was adopted. It was made up of two red pennons joined together with a blue border. The upper has a white crescent moon with a face and the lower has a sun with a face. In 1962 the faces were removed from the moon and sun.

According to its official description, the red in the flag stands for victory in war or courage and is also the color of the rhododendron.

It’s said the sun and moon images represent the hope that the country will last as long as the real sun and moon.

The moon on the flag is also a symbol of the peaceful and calm nature of Nepali and it also represents royalty and the sun is the Rana family.

The sun also symbolizes the bravery and aggressiveness of Nepali warriors.

The Flag of Upper Mustang

Nestled in the Nepalese Himalayas, the region of the Upper Mustang has a flag. It is a thick blue-bordered red field with 16 pointed white stars.

Coats of Arms of Nepal

The Historical Coats of Arms of Nepal featured a shield depicting the Himalayas and is protected by two Ghurkha Soldiers with a royal headdress able.