5 most amazing ancient ruins scattered all over the United States 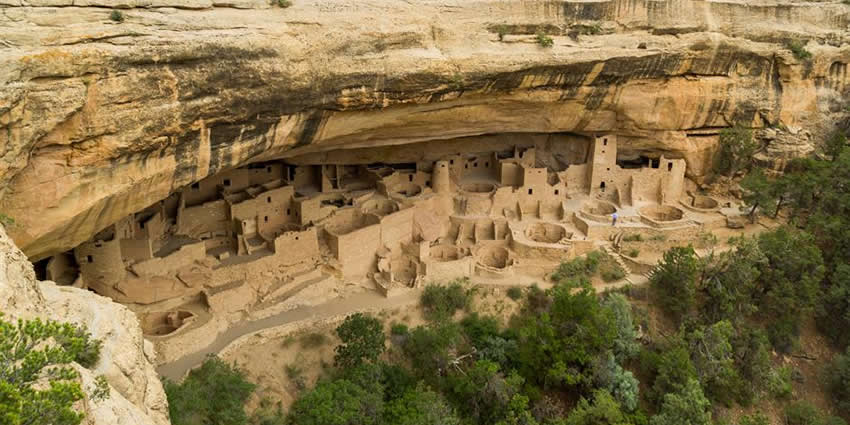 The presence of the ancients among us is something Americans do not often get to feel. We are not a land of castles, standing stones, or temple ruins. Many may ask, are there ancient ruins in the United States?

The answer is yes. Indigenous people who populated the North American continent for some estimated 12,000 years have left ancient ruins in the United States. These amazing structures are absolutely worth a visit. Check them out and feel a connection with the people who once saw the same corner of the sky that you do.

These ancient ruins are scattered across the country, from the northeast to the southwest, which means they are accessible for anyone looking to plan a visit. Explore earthworks and cliffside dwellings as you get to know the earliest Americans.

Looking for some standing stones without the price tag of a flight to Wiltshire, England? Visit Mystery Hill in Salem, New Hampshire. Their visitors will find 30 acres of stone buildings, pathways, and standing stones.

The original residents are unknown. It may be as recent as the 1700s or before the European discovery of the continent.

One Boston University professor doubts the “ancientness” of these ruins. He in fact thinks there is a chance these were built in the last two hundred years as a joke, rather than being ancient ruins in America.

Find some ancient artwork on North Carolina’s Judaculla Rock. This carved stoned features petroglyphs, an early form of writing.
Though the rock is relatively small, it features fascinating subjects. These include claw marks and objects with wings.

What is now the midwestern state of Illinois was once home to the city of Cahokia. It is considered America’s first city. Today, this city is still visible in the gigantic earth mounds that remain behind.

The city possibly had a population of up to 20,000 people and was comparable to same-day London in AD 1250.
Citizens measured the year withstanding wood structures, giving the impression of standing stones.

Looking for some Indian ruins and amazing cliffside dwellings? Trek out to Colorado’s Mesa Verde National Park. There you will find 800-year-old dwellings scaling the red cliffs.

Ancestral Puebloans built these. It was intended to be a safeguard, much like European castles, and could house 100 people.
It includes 150 rooms of living space and 23 kivas, or spaces for religious practice.

On our far western reaches, Hawaii features ancient ruins at Lapkahai State Historical Park. On the island of Hawaii, what was once a fishing society remains in ruins of some structures, burial sites, shrines, and boathouses for canoes.

Visiting these ruins accompanies a stunning view of the Hawaiian shore.

History is closer than you think. Now you know about ancient ruins in the United States.
Wherever you live, check out these ruins to visit in the U.S.