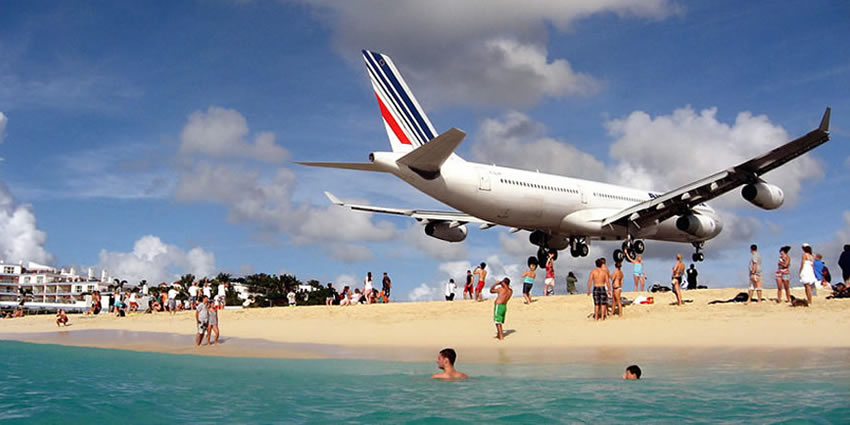 You’d expect a typical beach to be a nice and quiet haven to relax and chill – but tourists flood the Maho Beach on Saint Martin island to get exactly the opposite. The beach on the Dutch side of the Caribbean islands is known for all the low-flying airliners, which fly so closely above the beach that people can actually be blown into the water because of the jet blast (or that’s at least what the local government signs warn you about).

Local Princess Juliana International Airport is not only really close to the beach but also has an unusually short runway of only 2180 meters. In order to complete a smooth landing, the aircraft gets as close to the beginning of Runway 10 as possible – and ends up flying right over the heads of eager tourists, directing their cameras towards the impressive sight.

The plane spotting has become so popular that the local residents have even developed a whole infrastructure around it: the beach bar owners put up boards with timetables of the arrivals and departures so that people could plan their time; one of the bars even broadcasts real-time radio transmissions between the airport’s control tower and the aircraft.

Kingdom of the NetherlandsMaho BeachSaint Martin